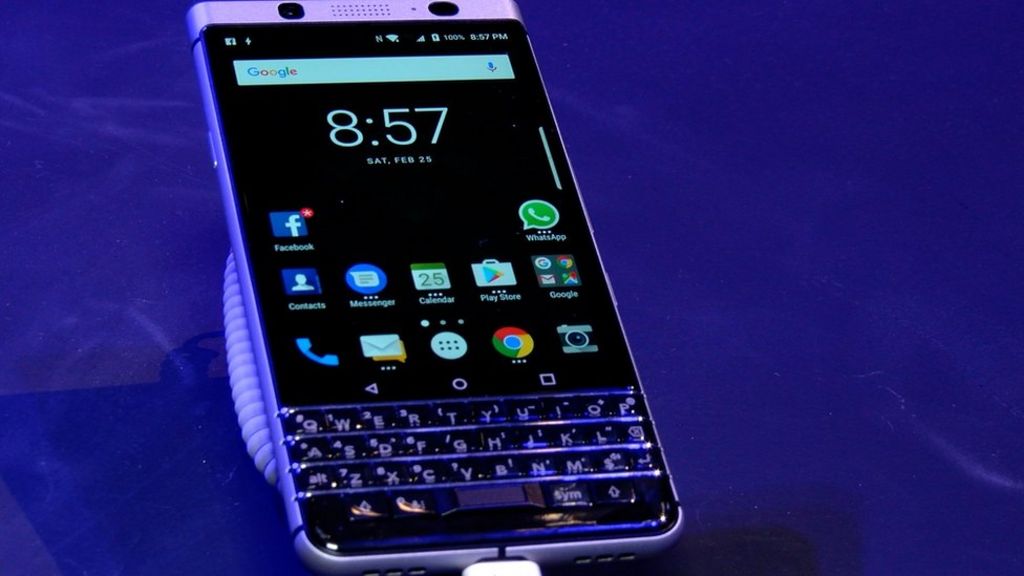 A new Android-powered Blackberry with a physical keyboard has been unveiled by Chinese phone-maker TCL Communication. The company now licenses the brand for its devices, after Blackberry decided to outsource the development and manufacture of its smartphones. The device was unveiled ahead of the start of the Mobile World Congress trade show in Barcelona. TCL's Nicolas Zibell told the BBC's Chris Foxx that he hoped to revive the brand with "strong products".

★★★ ☆☆
MPs have criticised banks for asking business owners to put their own ...

N Korea fires more missiles than ever amid coronavirus pandemic

★★★ ★☆
Sunday's ballistic missile tests mark the fourth such launch this month as ...

★★★ ★★
Leading composer and conductor Krzysztof Penderecki has died at the age of ...

★★★ ☆☆
It is a rare thing, in these high-quality, high-stakes, immaculately professionalised TV ...

🎬Most popular reviews
View all reviews

★★★ ☆☆
As the first pictures of those killed started to emerge yesterday, it ...

☆☆☆ ☆☆
Controversial mother of 14 Natalie Suleman has told how she was forced ...

★★★ ★★
After almost four decades in the public eye, Madonna has created more ...